The Arkansas Champion Tree Program is a recognition program for the largest trees of each tree species, right here in Arkansas. It is administered by the Arkansas Forestry Commission. Trees nominated for Champion status are judged based on their "Bigness Index" calculated using the trunk circumference, height, and average crown spread.  Fayetteville’s Champion Trees are: 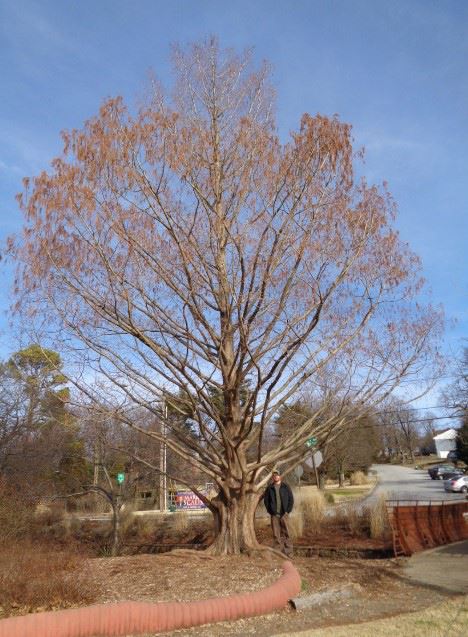 Recognized in January, 2020, the Arkansas Champion Dawn Redwood tree measures 54 feet tall, has a crown width of 4 feet, and a trunk circumference of 9 feet for a Bigness Index of 172. The tree is located southeast of the iconic “castle” in Wilson Park. Through photos and GIS aerial images, Fayetteville’s Urban Forestry Department found this tree was planted after the castle was built and estimate this tree to be almost 40-years-old. View more statistics on this tree on the state’s state's Dawn Redwood webpage..

The Dawn Redwood tree was thought to be extinct for five million years until it was rediscovered in China in the early 1940s. The seeds were brought to the United States in 1947 and distributed to botanical gardens and universities across the country. It has been cultivated as a popular ornamental tree ever since. Fossil records indicate that this species of tree has existed for 50 million years. 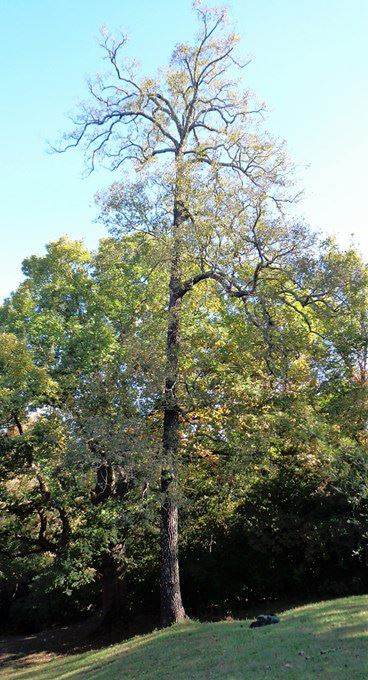 Recognized in October, 2019, The State Champion Persimmon tree can be found on the south side of Wilson Park, just south and west of the Wilson Park Pool across the creek. The tree measures 69 feet tall, with a crown width of 34 feet and a trunk circumference of 64 inches, giving it a Bigness Index of 142. For more information visit the state's Common Persimmon page.

The persimmon is an important native tree that produces an edible fruit enjoyed by humans and a wide variety of wildlife. The fruits turn an orange to purple color when they ripen in the fall, and can be made into jelly or preserves. The trees are easily identified by their gray bark that is broken into small blocks. Persimmon trees typically grow to 35-60 feet tall in full sun to part shade and will tolerate poor clay or rocky soils.