Improvements planned for Fay Jones Woods include restoration of Tanglewood Branch Creek, removal of invasive species, a canopy walk, overlook, and improved access to the Razorback Greenway from the library via accessible trails.

Designers of the new trails and spaces in the Fay Jones Woods have taken pains to ensure that the trails and other elements to be constructed are sensitively sited to allow for public enjoyment of the existing natural forest landscape.  Construction methods will also allow for maximum preservation of the forest.

As an homage to well-known architect and Fayetteville native Fay Jones, the design of railings along the new boardwalks will be reminiscent of one of Fay Jones' signature styles, as seen in the railing of Stoneflower, a weekend cottage designed by Jones located at Eden Isle on Greer's Ferry Lake (see below).

What is the status?

Groundbreaking for improvements to Fay Jones Woods took place in September 2020. Construction is nearing completion as of June 2022; view photos of trail construction progress below: 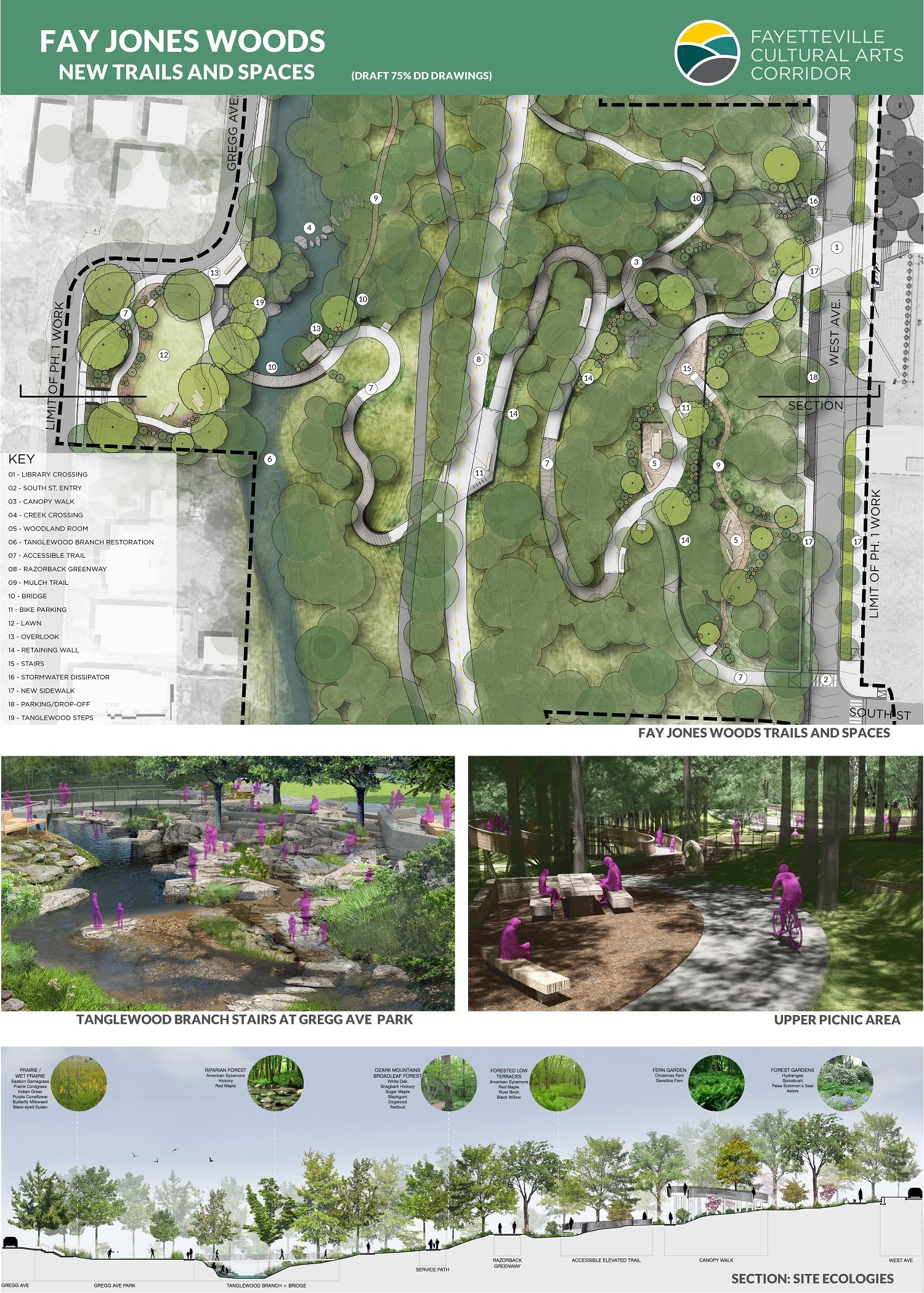