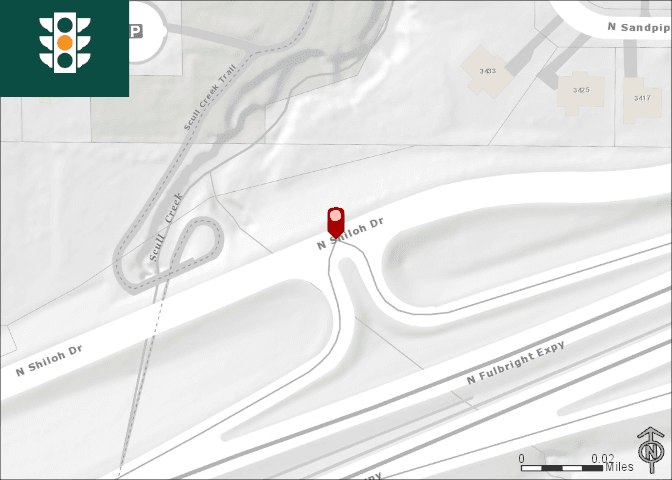 Intersection improvements at the Shiloh Drive and Fulbright Expressway interchange, to include a roundabout or a traffic signal as approved by the Arkansas State Department of Transportation.

Why is It Important?

What is the Current Status?

A concept has been developed that would relocate the on & off ramps for the Fulbright Expressway east to the Shiloh Drive & Steele Boulevard intersection.  At this location, a Roundabout or a Traffic Signal could be constructed to create a single intersection instead of the two that currently exist today.  Garver, LLC has been selected for the Traffic Study and the Intersection Design.  This contract began in October 2019. The traffic study and preparation of conceptual plans are complete. The concept and report have been submitted to ArDOT for review.

When Will it be Completed?

The design is expected to be completed and the project bid for construction in April 2021. Construction could then begin around July of 2021 and completed by the end of 2021.

Funding for the project comes from the Bond issue that voters approved in April 2019.