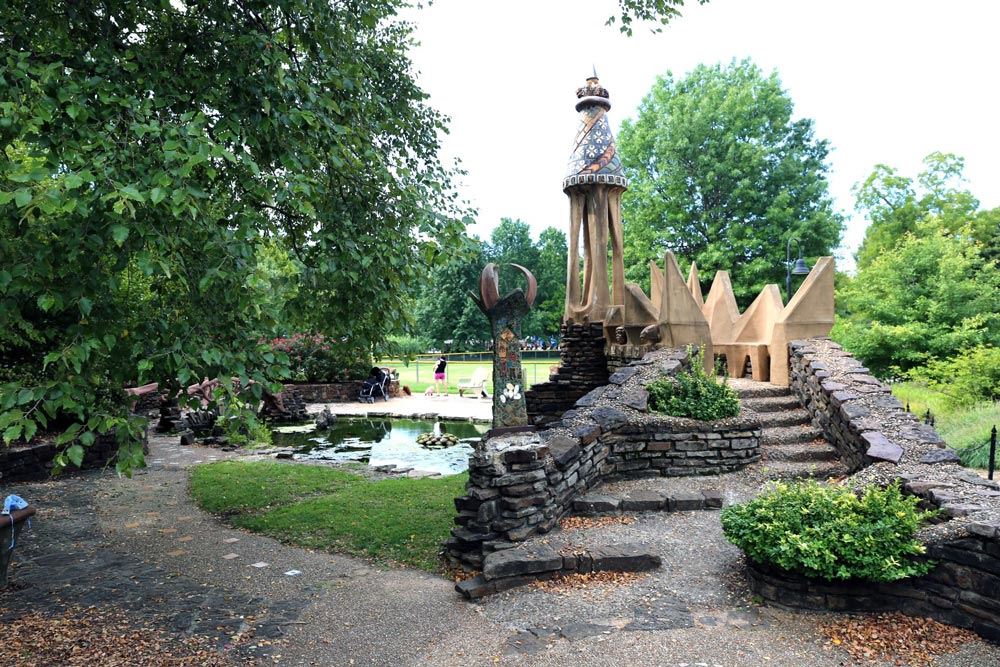 Located in the center of the city, and encompassing 22.75 acres, Wilson Park is Fayetteville's first and oldest park, and one of the City’s most popular, featuring the Wilson Park Pool as well as beautiful gardens, a spring-fed pond, and the popular “Castle,” created by local artist Frank Williams. This park also features one of Fayetteville’s “Amazing Trees”: a bois d’arc, or “Osage Orange” tree, that is an estimated 100 years of age.

Wilson Park is a municipal pool, managed by the City's Parks and Recreation Department. The pool opens on Memorial Day weekend and is open through Labor Day. Read more about pool and programs offered.

One of the most photographed places in Fayetteville, the “Castle” and accompanying spring-fed pond add a touch of whimsy to Wilson Park. The Castle features an iron door with a Dogwood flower on it, from which emerges an active natural spring. This spring once fed into “Trent’s Pond,” which served as a local swimming hole until the municipal pool was built. Originally there was a concrete enclosure located over the spring, but it was deemed unsafe in the 1970s. A contest was held to present ideas for a new structure that would enclose the spring, and enhance the park. Artist and Sculptor Frank Williams won the contest with a scale model of what would eventually be known as "The Castle."

Originally Frank named his creation "Seven Points,” because the sculpture features seven cement "points" and a rock in the foot bridge with the number "7" imprinted in it.  However, soon after its completion in 1981, the sculpture was nicknamed "The Castle" by the community and the name stuck.

The Castle has become increasingly popular, receiving thousands of visitors each year. Renovations were conducted in 1999 and 2004 to improve the work’s structural integrity, and several additional enhancements were added. These include rock walls on the planting beds, aggregate walkways, enlarged entry areas, rebuilt bridge rails, and reinforcement of the dam below the bridge.

Other elements of the Castle area were later created by Fayetteville artist Eugene Sargent, including the addition of benches that resemble flowers and leaves crafted of ferrocement (a composite of a mortar reinforced with light steel mesh), a flower fountain for the pond, and in a 45-foot "worm" retaining wall, created in 2009. 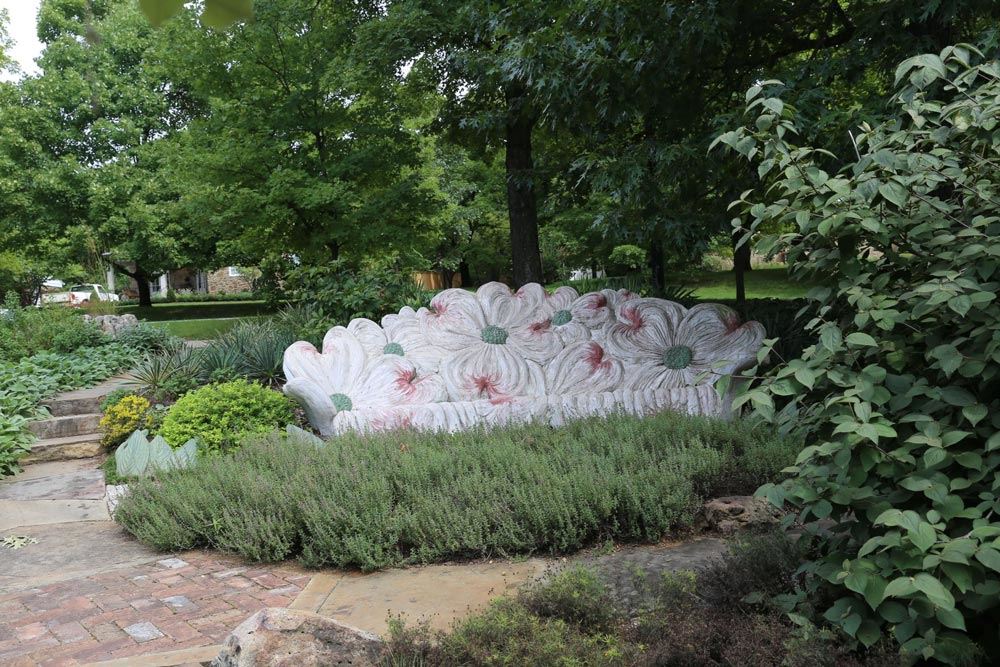 As early as 1906, Wilson Park was owned, maintained, and operated privately by civic-minded citizen A.L. Trent. Trent's Pond, located on the east side of the park at the site of the current softball field, was used by local residents as the City's swimming hole, boating area, and social gathering spot. Scull Creek, a unique feature of the park fed by a spring that surfaces from below the Castle, flows south along the east boundary of Wilson Park, runs under the swimming pool, and exits at the park’s west boundary.

In the mid-1920s, a group of local businessmen led by Dr. Noah Drake purchased the property from Mr. Trent. They formed the City Park Company, which built the first permanent swimming pool at the park as well as a tourist camp for the burgeoning automobile travel craze then sweeping the nation. This portion of the park was purchased by the City of Fayetteville in 1944.

In 1946, renowned local author Charles Morrow Wilson sold and donated to the City some 17 acres of land west of the original park, known as Wilson's Pasture, bringing the park to the size it is today. Wilson stipulated that the park be officially named Mattie Morrow Wilson Memorial Park, in honor of his mother.