The City of Fayetteville Urban Forestry Advisory Board (UAFB) and Parks and Recreation Department's urban foresters created the Amazing Trees of Fayetteville project to promote tree preservation, educate the public about the importance of urban forests, and celebrate the unique character of trees in our community. Each year, UFAB and the City’s two urban foresters choose one tree within city limits that exemplifies exceptional character by being large, uniquely shaped, or a rare species for our area. Each Amazing Tree receives a plaque explaining its unique characteristics, and the tree is placed in the City’s tree registry, a database maintained by Urban Forestry of significant trees in Fayetteville.

2020 Amazing Trees:  A Pair of Easter Red Cedars at the Historic Walker-Stone House 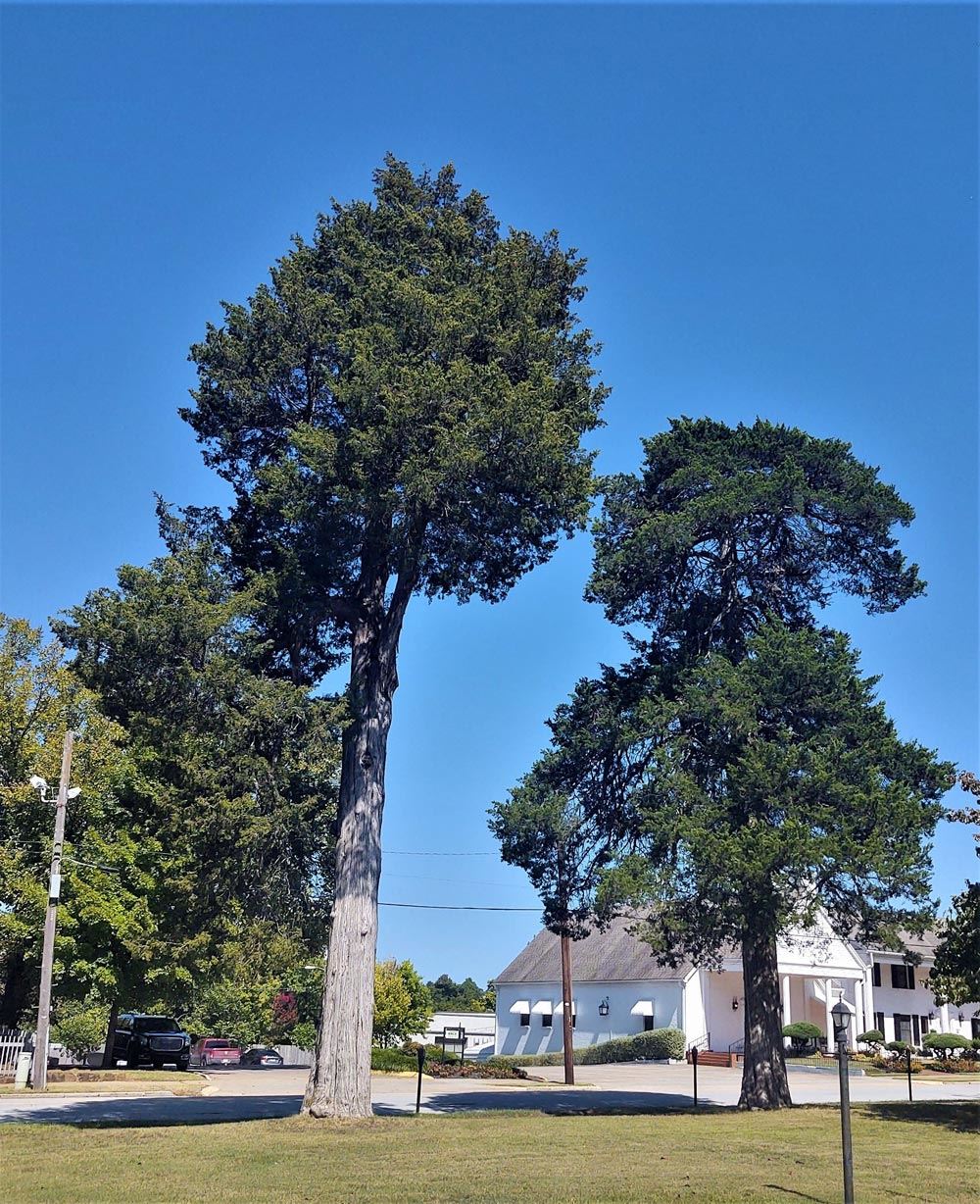 These two cedars were planted around 1890, making them 130 years old. Some cedar trees can live up to 900 years, but typically live to around 200 years in forest conditions. These two trees are considered “witness” trees, a term used for trees that have been present during key historical events. These two trees witnessed: the Spanish Flu pandemic; Arkansas becoming the twelfth state to ratify the 19th Amendment, granting women the right to vote; integration of schools; the establishment of the Buffalo National River; establishment of the Trail of Tears Heritage Trails; and the current COVID-19 pandemic. 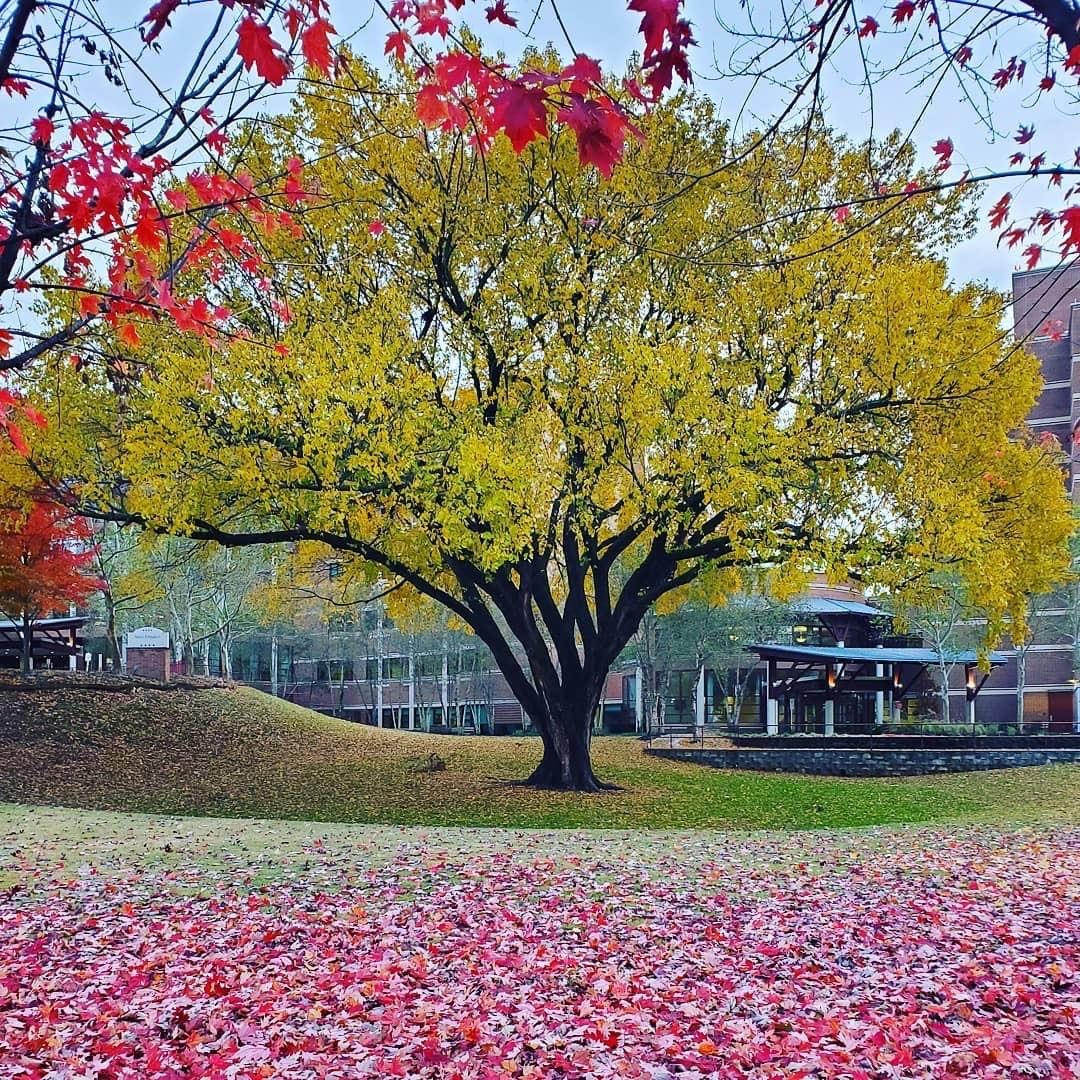 It is 75 feet tall with a trunk circumference of 16 feet and 7 inches. The canopy of the tree shades approximately 9,500 square feet, or a little more than the equivalent of two basketball courts. “Witness tree” is a term used for trees that were present during key historical events. This elm has been a silent witness to many residents’ and visitors’ personal and monumental life events. 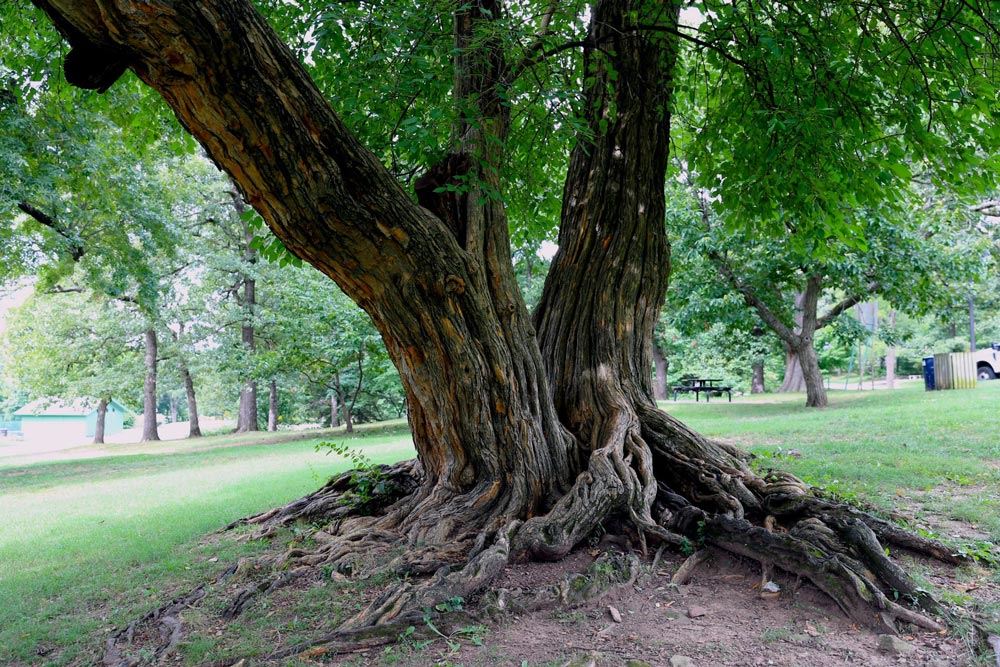 This tree was chosen for its unique size, root structure, and age. The tree is in Wilson Park and one of the most photographed trees in the City. An estimate 100 years of age, this specimen is considered a “Witness Tree” because it has been present for a number of events in the history of our city.  This tree has witnessed:

The name Bois d'Arc, or "bow-wood" was given to this tree by French explorers because the Native Americans used its extremely hard, durable wood in crafting their bows. The tree's green, pebbly fruit (which grows only on the female trees) resembles an orange, but is hard and inedible by humans, though horses and squirrels do eat it. The fruit has also been used as a traditional pest management remedy: placed around a home's foundation, the fruit is said to repel bugs.