Climate change is affecting the daily lives of Arkansans in a variety of ways.

Along with many national and global agencies, the Arkansas Game and Fish Commission has studied the effects of climate change in our Natural State. Game & Fish has concluded that Arkansas will experience significant effects from a globally changing climate. In the 2015 Arkansas Wildlife Action Plan, Game & Fish notes the following items as current and future impacts of climate change:

Arkansas has a strong history of agriculture, timber, outdoor tourism, and food production - industries that all depend on the hospitable climate of our beautiful State. To preserve our legacy and be stewards of our future, Arkansans need to be leaders in the fight against climate change. Our economic stability, environmental purity, and social stability rely on preserving the natural resources around us.

Use the resources below to learn more about climate change in Arkansas and what you can do about it. 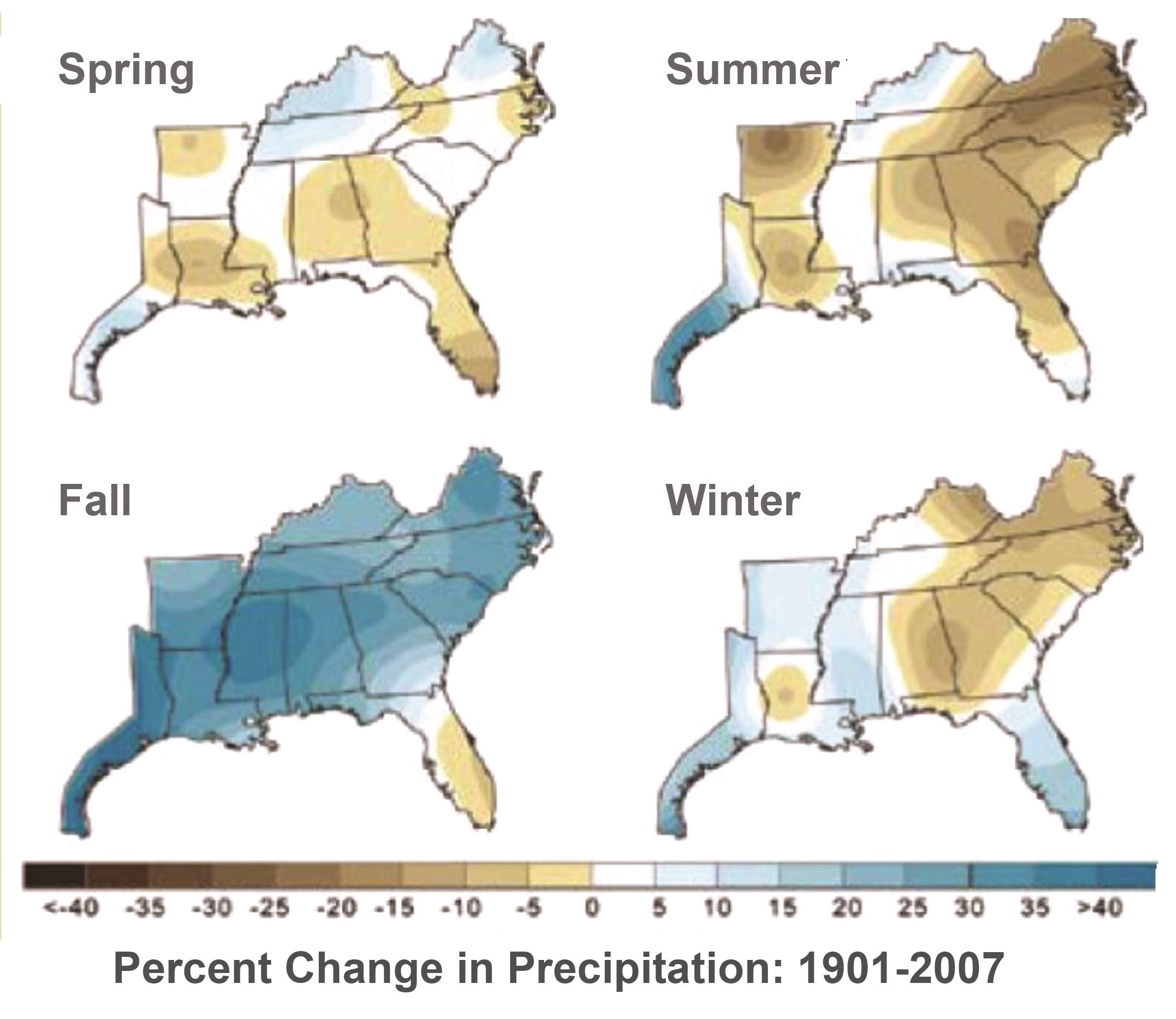 The EPA notes that the most pressing climate-related concern for Arkansas is the increase in heavy rain events, severe flooding, and storms. Heavy downpours and increasing annual rainfall can have catastrophic effects, including: 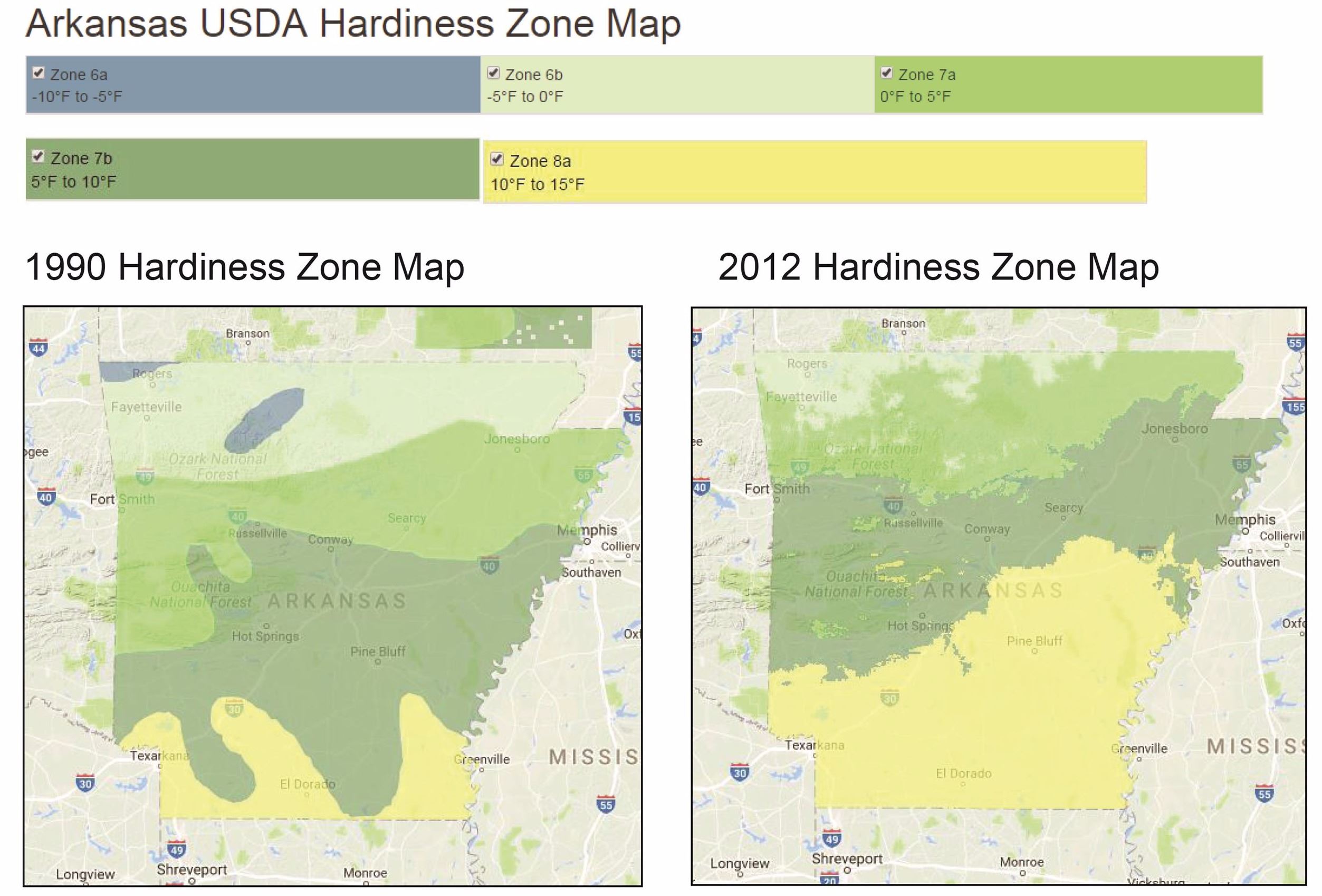 Hardiness zones maps are an easy and reliable way for farmers and gardeners to know when and what to plant. Hardiness zones tell the average minimum winter temperature in a region, a necessary metric for determining what plants can grow or thrive. Farmers must grow crops suited for their hardiness zone and when zones shift, substantial changes may be required in farming practices, planting and harvesting schedules, and even in the types of crops one can grow.

In 2012, the USDA published the newest hardiness zone map for the United States which showed that, in general, the boundaries of hardiness zones had shifted north by approximately two-and-a-half degrees of latitude (about 175 miles). The 175 mile change occurred in only 22 years, showing a substantial shift in what crops and plants are viable across Arkansas. The University of Arkansas Extension Services gives the following examples of specific regional changes:

"Here in northwest Arkansas, for example, zone 6b has receded like a melting glacier, remaining only in higher elevation parts of seven counties. Zone 7 dominates most of the land area of Arkansas, with areas north of I-30, east of Little Rock and everything north of I-40 falling in that zone. Zone 8a has pushed out of the gulf coastal plain region and now reaches north all the way to Little Rock."

Northwest Arkansas is currently in a range of the country where ticks and other vectors that carry Lyme disease are scarce. Climate and weather, particularly temperature, precipitation, and humidity, play a large part in determining where and when ticks can survive and pass diseases onto humans.

The NCA describes the following potential impacts of climate change on the transmission of Lyme disease:
1. Changes in the geographic distribution of the disease due to the increase in favorable habitat for ticks to survive off their hosts
2. Lengthened transmission season due to earlier onset of higher temperatures in the spring and later onset of cold and frost
3. Higher tick densities leading to greater risk in areas where the disease is currently observed due to milder winters and potentially larger rodent host populations 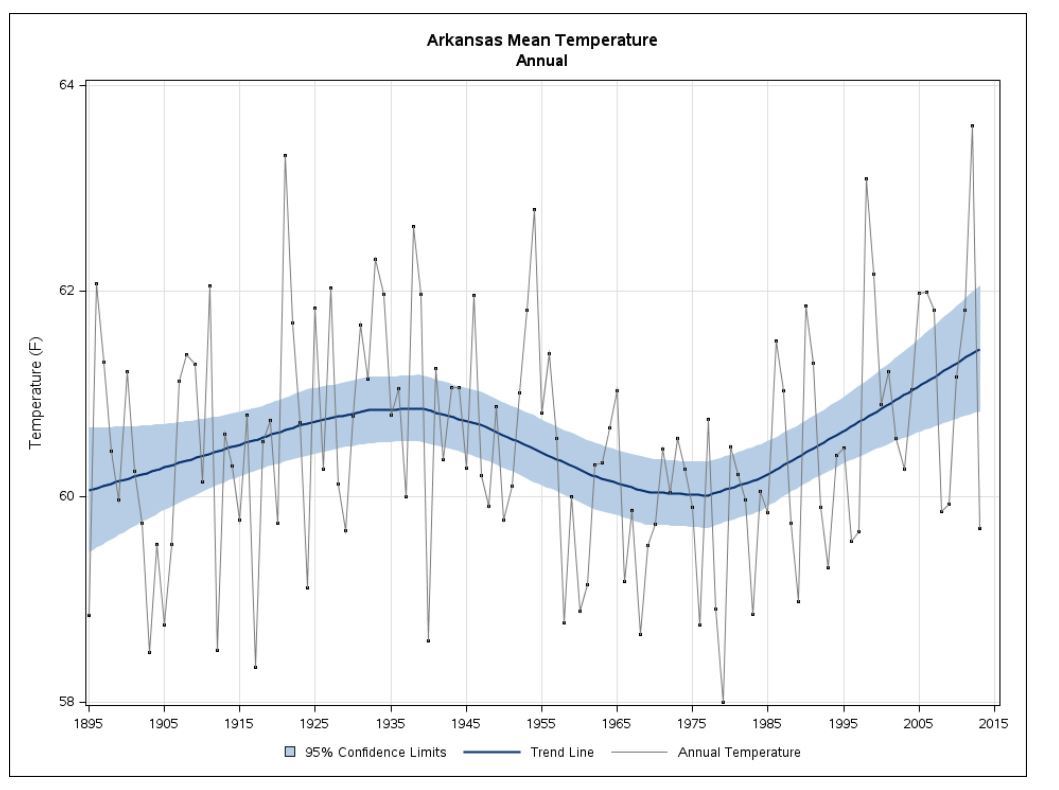 Climate Change and Arkansas in the News 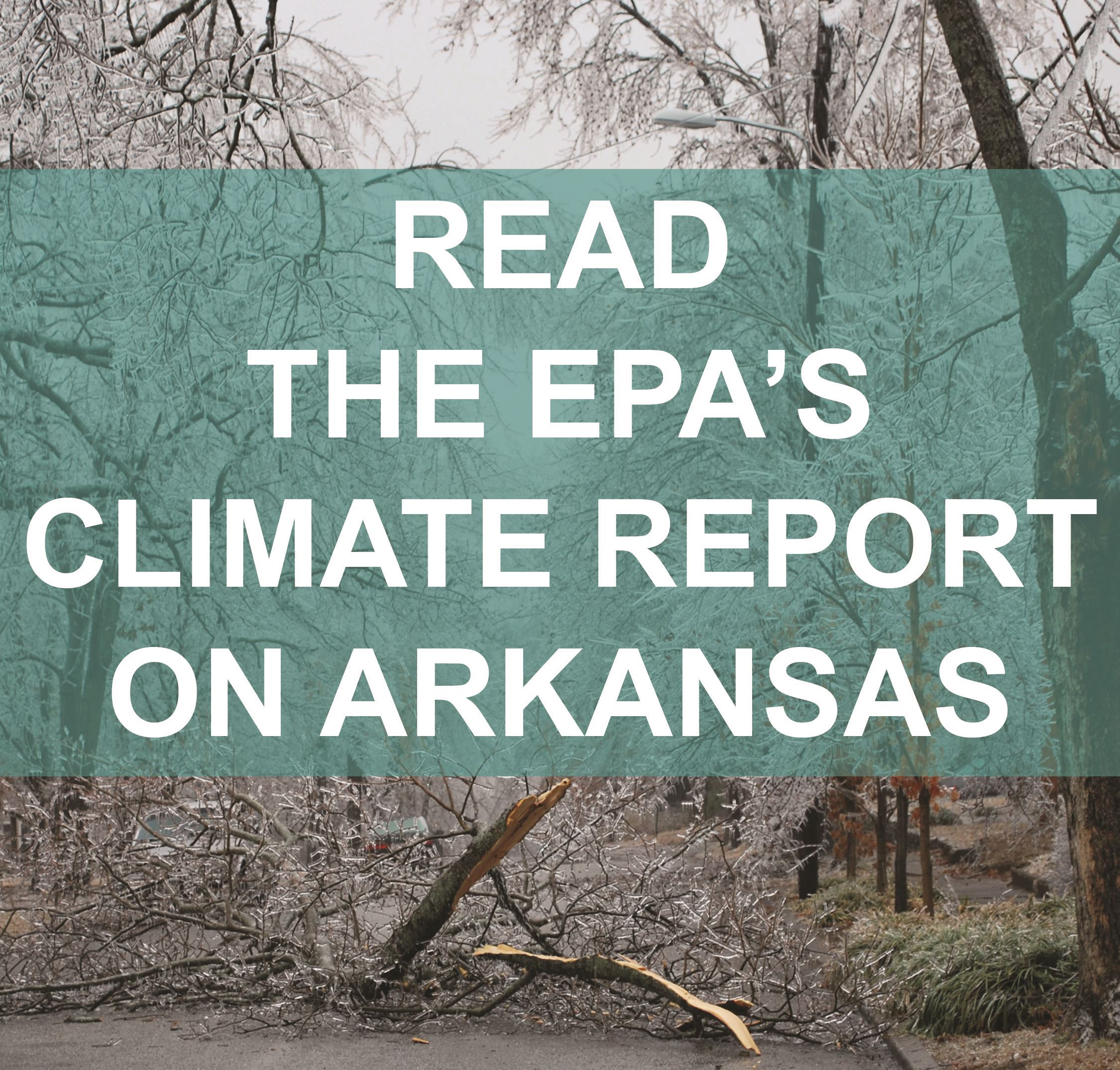 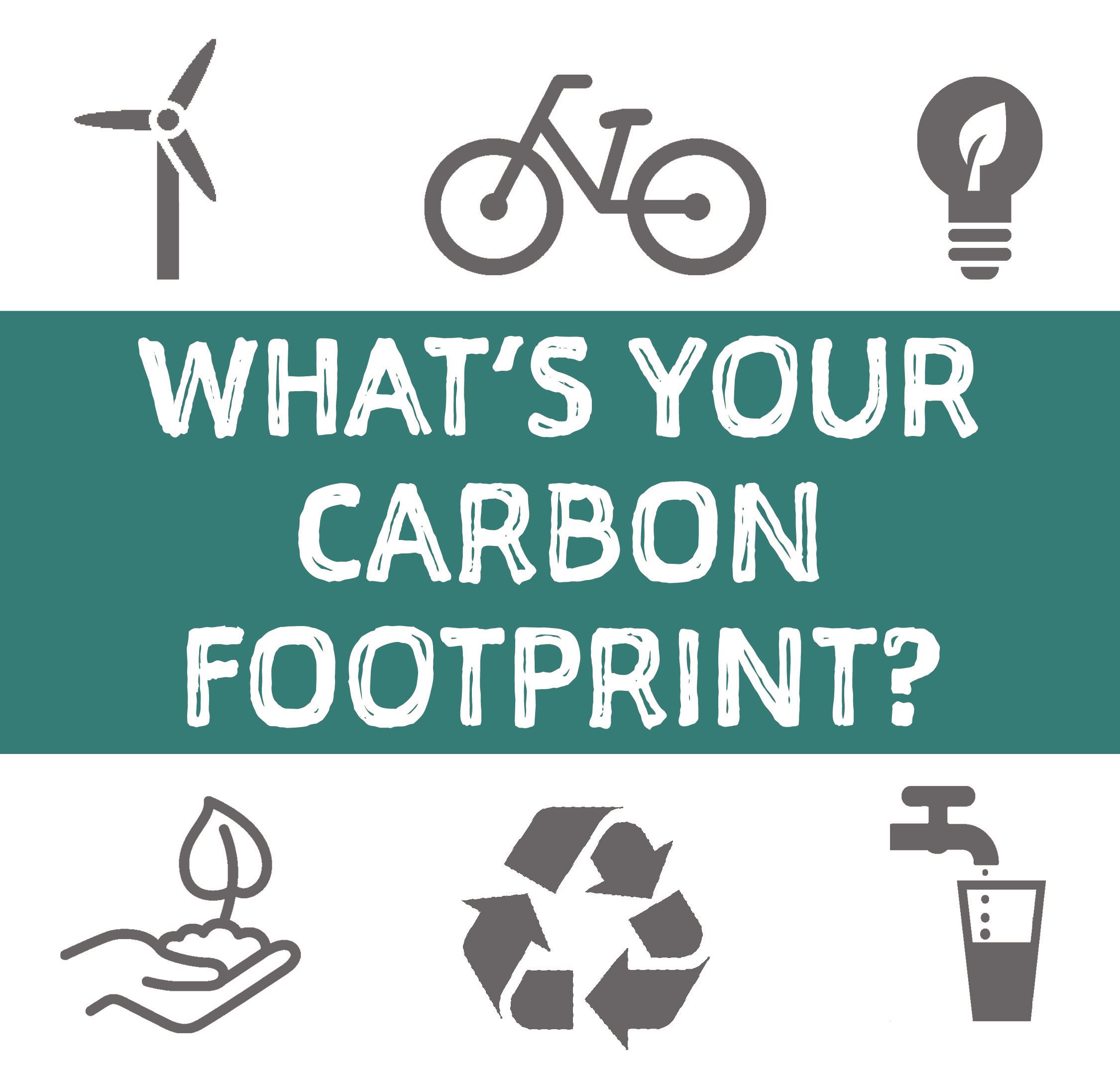