Patrolman Lemule “Lem” McPherson was a black officer in 1928 who was assigned to patrol the traditionally black section of East Fayetteville known as Tin Cup. On April 28, 1928 Patrolman McPherson was shot and killed by Everett “Eb” Williams.

Williams, who evaded capture for almost a week, eventually was arrested, tried and convicted of second-degree murder. Williams was sentenced to 21 years in prison.

McPherson was survived by a wife and three children.

To read more about the incident surrounding the death of Patrolman McPherson, the following link will take you to a story written by local historian J. B. Hogan (PDF). 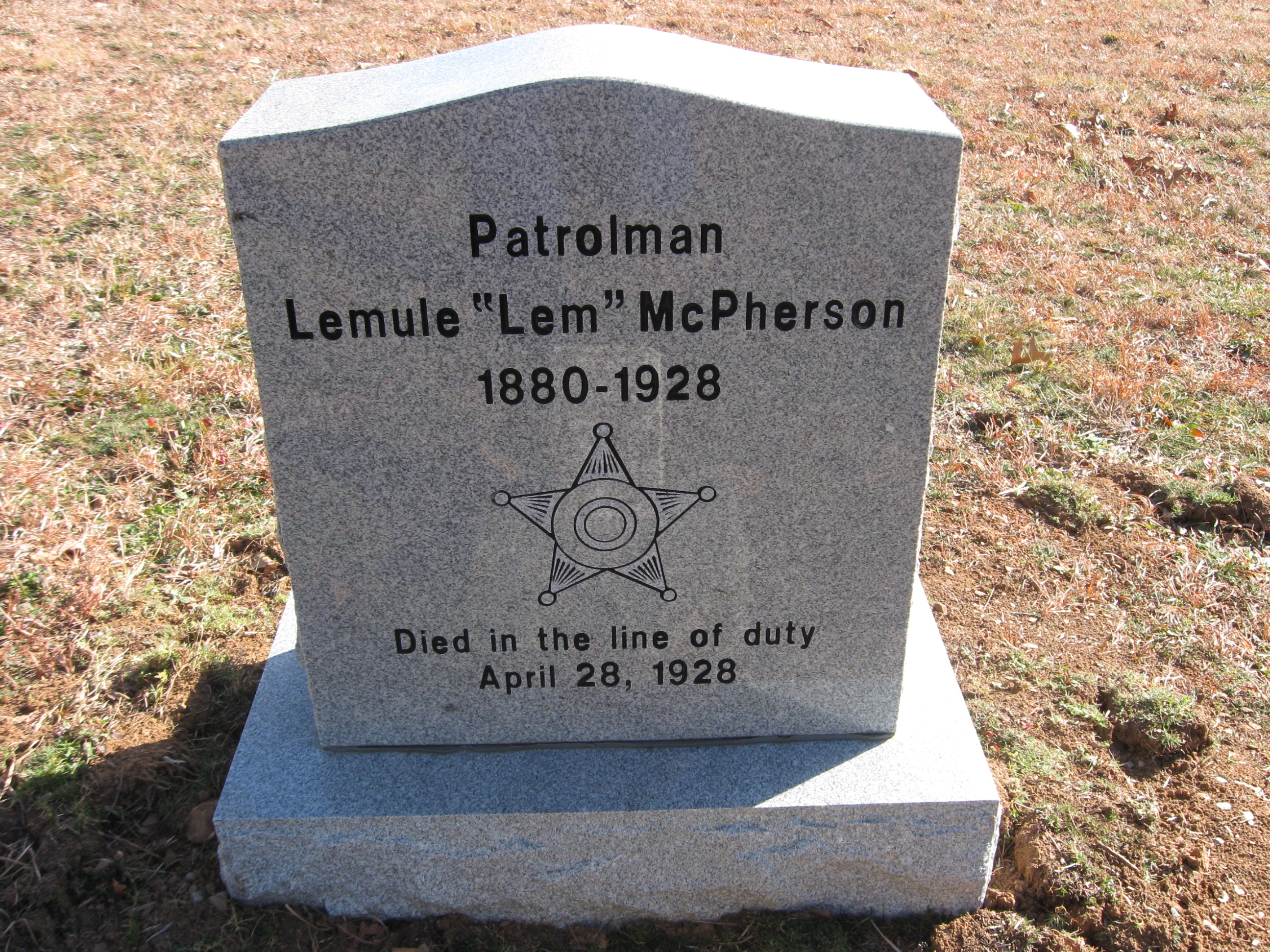