Beginning in 1835, the town of Fayetteville was surveyed into lots that were sold at public auction during the following two years. For $131.00, George Freyshlag purchased the site where the City Administration Building now stands (City Hall). In 1840, the first Fayetteville census showed a population of 425, and during the following year, 1841, the city of Fayetteville was incorporated. Since there was no official city hall, city business was transacted in the private store, office, or residence of the mayor. As each new mayor was elected, the location where city business was transacted moved to the new mayor’s private business or home.

When the current Washington County Courthouse was constructed in 1904, the City leased two basement rooms in the southeast corner of the building as a council room and mayor’s office. By 1927, the county government was confronted with a need for the two rooms and ordered the City to vacate the courthouse. From 1928 to 1937, the City rented the basement of the Eason Building as well as other locations in Fayetteville. In 1936, in the midst of the Great Depression, the City obtained a loan and purchased the Wolf Building on West Mountain Street for $18,000.

The Wolf Building had been constructed by A.F. Wolf in 1906 at a cost of $68,000. Original tenants included the Masonic Lodge, the Wolf Block, and C.C. Conner Wholesale Grocery Company. Other tenants prior to purchase by the City included W.M. Harris & Sons Furniture Company, Fayetteville Business College, and Wilson Motor Company.

With the help of a $15,000 grant from the new Deal’s Works Projects Administration (WPA), the Wolf Building was renovated under the supervision of architect Thayer Shelton. Paneled oak walls and partitions and many of the fixtures were obtained from the Kansas City, Missouri, Courthouse which was becoming dismantled. Mayor A.D. McAllister moved into the new quarters and consolidated all city departments on the first floor. The city library occupied the second floor; the Masonic Hall was located on the third floor; and the basement was converted into a workshop and garage for the City’s Street, Water and Sewer Departments. Space in the building was also provided to the Chamber of Commerce and the local highway offices.

In the mid-1960’s, the Masonic Lodge and the city library moved into new and larger quarters, leaving the upper floors of the building unoccupied. Years passed and rumors developed that the upper floors were condemned. As city government continued to grow, local officials looked outside the building to house expanding services.

Following a 1980 study by Northwest Engineers indicating that the building was “generally in good structural condition”, the Board of Directors proceeded to investigate a renovation project. In 1982, the City contracted with Hailey, Powers & Froning Architects and Kan-Ark Industries, Inc., to renovate the building. The $1,166,760 project, paid for through part of the City’s share of the 1 percent county sales tax, would provide the City about 31,232 square feet of usable floor space, nearly four times the space used prior to the renovation. Estimated cost per square foot of usable floor space was $37.00, a figure that compares favorably with the cost of constructing a new building, where estimates begin at $60 to $70 per square foot, in addition to land acquisition. 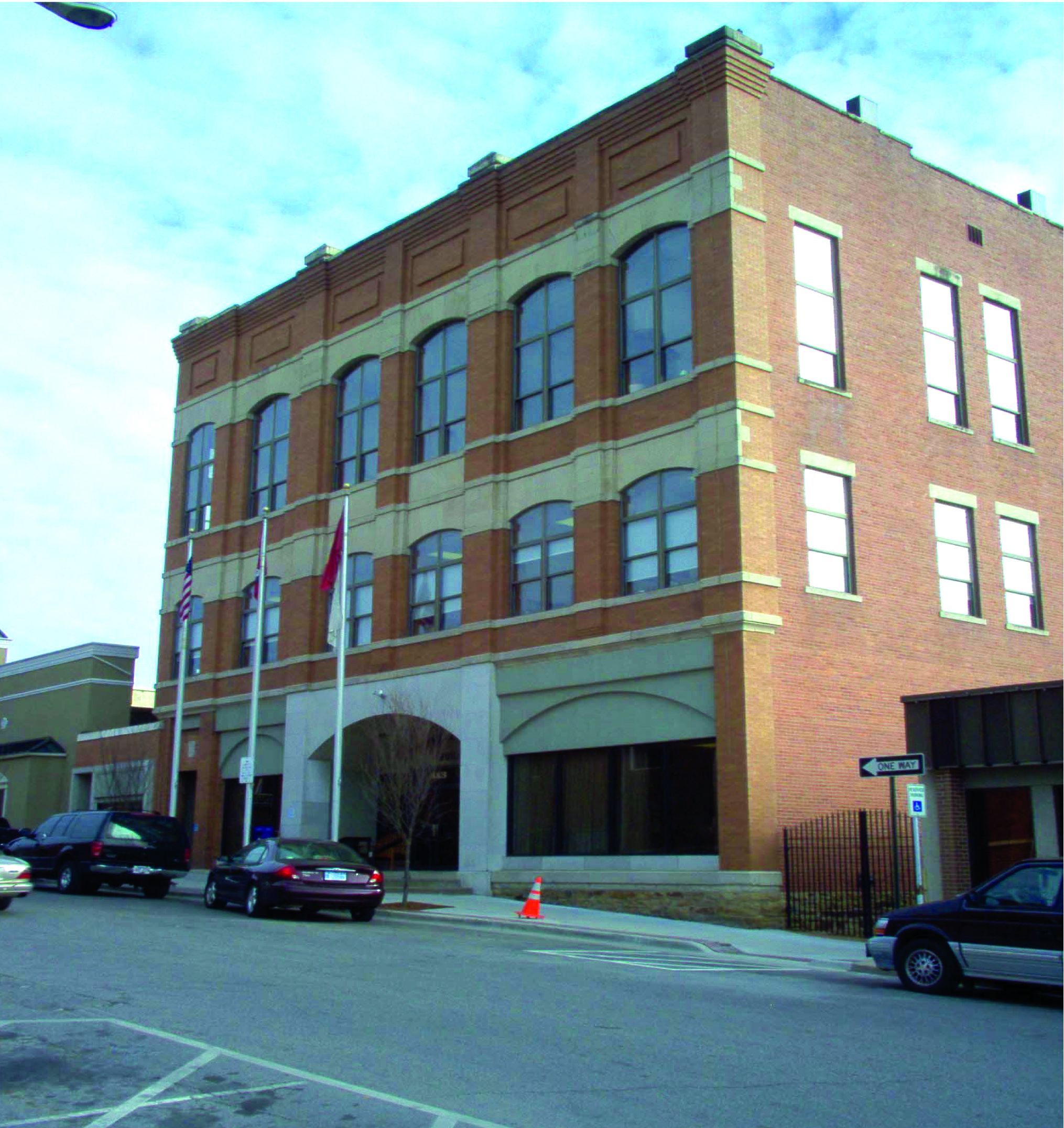