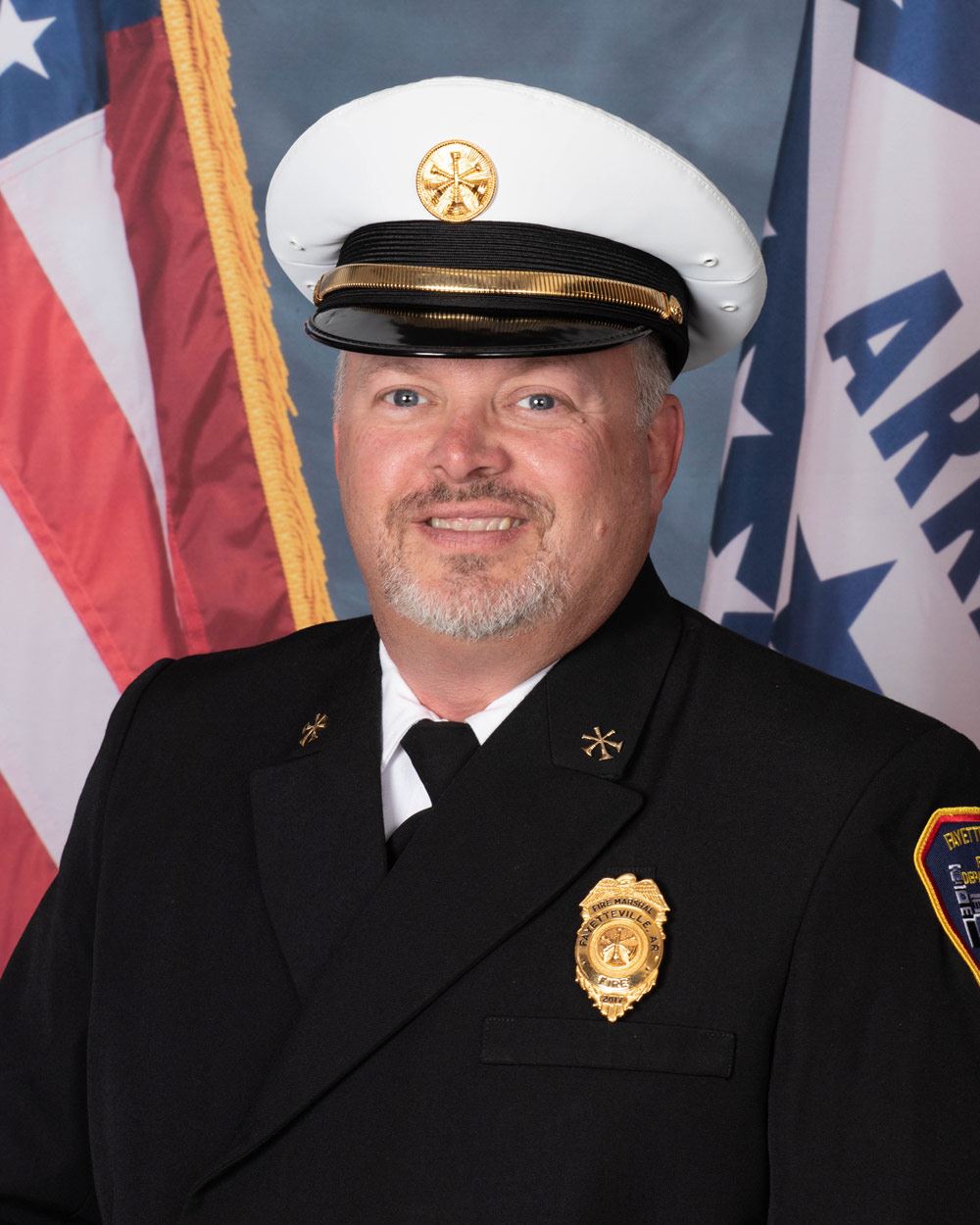 Chief Ashley began his career in the fire service working for the Springdale Fire Department where he graduated from the Arkansas Fire Academy in 1999.

Chief Ashley became a Firefighter with the Fayetteville Fire Department in 2001 and promoted to Driver Operator in 2005. In 2013, he promoted to Fire Captain. Chief Ashley promoted to Battalion Chief in 2019 and is currently assigned to the Fire Prevention Division where he serves as the Fire Marshal and the Public Information Officer for the Fayetteville Fire Department. Chief Ashley is a graduate of Northwest Arkansas Community College with an Associate of Applied Science Paramedic Degree. He is a certified Law Enforcement Officer. Chief Ashley is a member of the Arkansas Fire Marshals Association, the International Association of Arson Investigators, past President and current member of the International Association of Fire Fighters L2866, and has served on the Wedington and Farmington Volunteer Fire Departments. Special commendations include Fire Fighter of the Year in 2010 and 2012, Fire Company of the Year in 2017, and he was awarded the Fire Warrior Award in 2018.